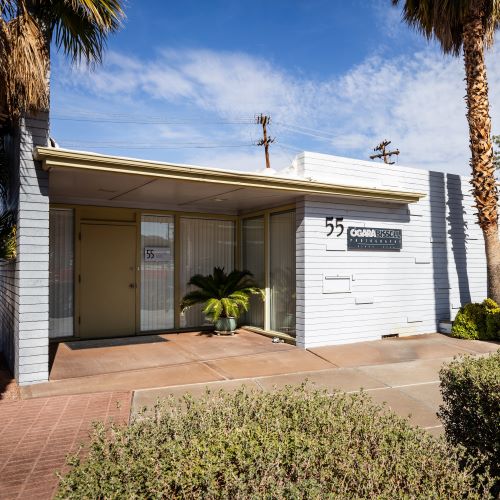 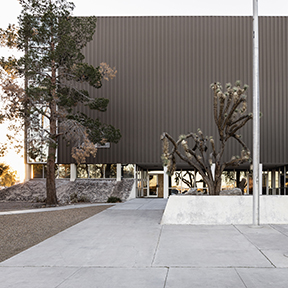 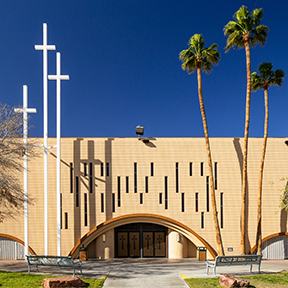 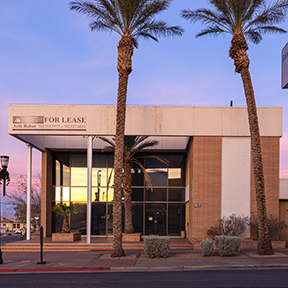 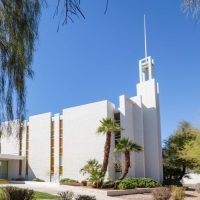 Las Vegas: Uncommon Modern was a multi-phase project that Nevada Preservation started in the fall of 2017 and completed in 2019 with the launch of the photo exhibit and exhibit catalog as part of Home + History. It was an exciting project that identified over 500 mid-20th century commercial buildings across the Las Vegas Valley, from North Las Vegas to Boulder City.

To exhibit Las Vegas: Uncommon Modern at your venue or for media inquires:

Las Vegas: Uncommon Modern aimed to increase awareness around our modern resources because so often they are not seen.

For a community that is often thought of as having no history, but whose history is rooted in the early and mid-20th century, the importance of these resources cannot be overstated.

Throughout this project we brought volunteers, the trades, the public, and the media into contact with our modern resources. We attempted to elevate them in the community’s collective memory and encourage a sense of history and pride. 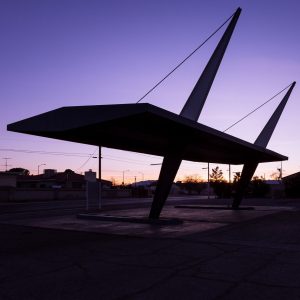 National Endowment for the Arts

Las Vegas: Uncommon Modern started out working with our volunteers and staff fanning out over the Las Vegas Valley to capture buildings on their phones and posting them to Instagram under the hashtag #UncommonVegas. The crowdsourced photo survey brought our volunteers into contact with our modern resources.  For our volunteers, this portion of the project was particularly impactful, since through surveying their assigned area they discovered modern resources in plain sight and saw them anew. Throughout the project, the 20 project volunteers contributed more than 200 hours peering around corners into our community's history. 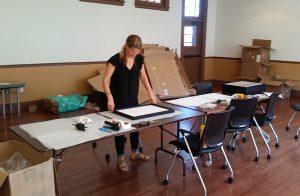 completion of the crowdsourced survey, our staff and volunteers pared down the over 500 buildings to just 100. We worked to represent a diversity of buildings from magnificent to modest and north to south in the Valley. These were photographed by Kirsten Clarke Photography and became the images we used throughout the remainder of the project.

In February 2018, we held a workshop for the trades we called Vacant Vegas. The Vacant Vegas workshop increased the awareness of architects, planners, and community members regarding the reuse of these modern resources. They learned about funding options and how to work with historic features. For many of these individuals, reusing modern resources is rather new. This workshop introduced many to new ideas and resources for their work.

The Uncommon Vegas exhibit spans the space between art and architecture, this crossover cultivated new interest in our new organization. This was particularly rewarding because we saw individuals, who came for the a 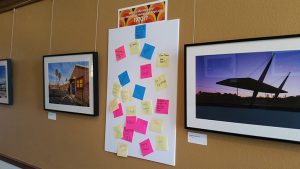 rt, who then re-saw these modern resources. At the opening, attendees shared stories associated with the buildings and marveled at the beauty of a building they had seen daily for decades. Not only did the attendees learn about our modern resources, but through coverage by several news outlets the exhibit was brought to television and print news audiences.

At the end of the Uncommon Vegas exhibit, we launched the sale of our exhibit catalog Las Vegas: Uncommon Modern. It brought together the work of the past 18-months into a book that could be taken home, examined, and foster new questions and ideas. Most of all, though, we aimed to bring a greater awareness to the reader of the breadth and ubiquity of modern resources in Southern Nevada. The catalog was a particularly important component of this project as it allowed a larger audience – one not comfortable scouting for forgotten modern resources – to learn from the project.  We have sold over 200 copies to individuals from as far away as New Jersey.

A big, historic thank you to all of our amazing volunteers who made Las Vegas: Uncommon Modern possible. Through this project and volunteer efforts Nevada Preservation was able to engage with people who had never considered modern resources as worthy of preservation or even notice. As our Uncommon Vegas exhibit travels and our exhibit catalog is purchased, we will continue to see an increase in knowledge and awareness of our modern resources in a community that too often is thought to implode more than preserve.