On August 4, Las Vegas had the first loss of a home in a historic district to a devastating fire. Located on Sixth Street in the John S. Park Historic District, it was known both as the Alpine Village and the Leverton house. It was built in 1935 as a minimal traditional ranch home with a gabled roof and a wood frame and stucco structure. It had a lovely, circular drive and sat on an ample lot with mature trees and one of the largest century plants I have seen.

It was known as both the Alpine Village & Leverton house because it was most recently owned by Hershel and Eudora Leverton the former owners of the famed Alpine Village Inn restaurant. The Alpine Village Inn opened in 1950 in downtown Las Vegas but moved several times before coming to rest in 1970 across from what is now the Westgate where it remained until closing in 1997. The restaurant was famous not only for its alpine themed decor – complete with wrought-iron grill-work, waiters in lederhosen, and waitresses in dirndls – but also for its remarkable chicken soup and seasoned cottage cheese. You can find recipes for both of these from this 2012 article that appeared in Las Vegas 360.

The Leverton’s love for all things alpine was not limited only to their beloved Inn. It also extended to the home their Fifth Street home. Over the years they lived in John S. Park Hershel added a bit to the ornamentation of the home’s exterior. He placed lovely scrolled window boxes under many of the windows, installed light fixtures that matched those in his Alpine Village Inn, and handcrafted shutters for the windows each with an inset pine tree.

Mr. Leverton transformed his home into something akin to what is called storybook architecture. Storybook architecture was popular during the early 20th century. Storybook homes often feature turrets, mullioned windows, ornate fixtures and hardware. Some of these homes have commonalities with mid 20th century houses called princess ranches. Around the Las Vegas Valley, there are both storybook homes and princess ranches dotted about. Probably the largest concentration of particularly princess ranches is located on Oakey Avenue heading east from Eastern Avenue.

The Leverton home falls under the storybook architecture category particularly because of the distinctive shutters that Mr. Leverton added to the home. When this home was lost to fire and its demolition was imminent, the Nevada Preservation Foundation contacted the City of Las Vegas to see if we could salvage some features from this distinctive home. Working with the City and the Leverton family over the two weeks after the fire, we were able to secure access to the site and salvage the important shutters as well as one of the light fixtures that matched those in the Alpine Village Inn restaurant.

We would like to specifically thank Courtney Mooney, Ted Olivas, Chris Knight, Councilman Bob Coffin, and Tony Guarino from the city who made all of this possible. We also want to extend our thanks to the Leverton family for allowing us to become the new stewards of these shutters. We were happy to meet the grandson of Hershel and Eudora Leverton, Brad Leverton and glad to see him take home a pair of these shutters as well as ask that Bruce Woodbury and Suzanne Couture, who have an extensive Alpine Village Inn collection, also receive a pair. Thanks, too, to our board member Jack Levine who helped get this all arranged as well as Scott Swank, Mark Adams, and Kevin Holland, who took down the shutters and made sure the effort was well-documented. Lastly, we want to thank Bruce Woodbury and Susan Couture for letting us know that the porch light matched those from the Alpine Village Inn, so we were sure to salvage it!

Future plans for the Alpine Village house shutters include putting together a possible museum exhibit on storybook architecture in the Las Vegas Valley. We are hoping to work with Bruce and Suzanne to include their extensive Alpine Village Inn collection, too, in an Alpine Village Inn room. If all goes well, we’re looking at late 2015 for this exhibit.

In the shorter term, we are organizing a members only clean up and cookout party at either our Executive Director’s or a board member’s house. It will be open to a small number of members, maybe 10 to 15. We will do some minor repair to the shutters and clean them up for storage. In addition, we will to raffle one of the 12 pairs of these shutters to a lucky member at the party. After all the work is done, we’ll grill up some yummy food. Look for this event sometime this fall.

Here at the Nevada Preservation Foundation we are immensely saddened by the loss of this distinctive home in John S. Park historic district. Yet we are thankful that in coordination with the city of Las Vegas and the Leverton family we were able to rescue even this small piece of our city’s history.

The work the Nevada Preservation Foundation does is heavily dependent upon the generosity of our members. If you value this work, please become a member today.

At Home with Hugh - Nevada Preservation Foundation Skip to content

“So where does one go in such a wobbly, elusive, dynamic, confusing age?  Wherever the librarians and archivists are.  They are sorting it all out for us.”
-Marilyn Johnson 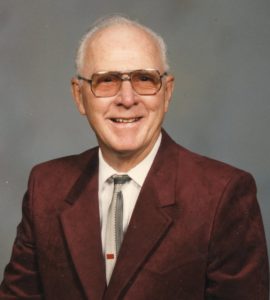 Contrary to popular thought, archives are not a final resting place for items of historic interest.  They are living, breathing entities that hold a world of wonder for anyone who takes the time to explore them.  They teach us about ourselves and about the world we live in.  They are always waiting for us to discover them.

Imagine then discovering the knowledge about fabulous Las Vegas when the Hugh Taylor Collection came to light!  The Taylor Archives represent something truly unique, even against the greatest archives  of the world; it was meticulously kept by its own creator, and it was bequeathed by that same individual to Nevada Preservation in 2014.

Hugh E. Taylor arrived in Las Vegas in 1949.  He was brought to here by Wilbur Clark in order to take over the design of his new Desert Inn Casino and Resort.  Taylor’s fondness and love for our beautiful city was immediate, and he never left.  He went on to design hundreds of architectural projects throughout the Las Vegas Valley, leaving an indelible mark on the city as it developed from an oasis in the desert into a sparkling, burgeoning city.  He passed away in October of 2015, after leaving his collection of original drawings for all of his projects to Nevada Preservation Foundation. 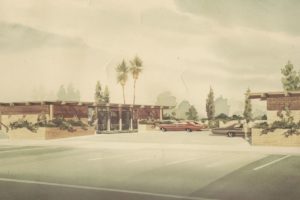 Exploring the Taylor Archives is as though you are getting to know the man himself.  Each cabinet and room was laid out with loving care and passionate attention to detail.  From a Ranch-style home in Paradise Palms to an English Cottage-esque sump cover, a classic movie theater to a bomb shelter, looking at his drawings is like stepping into a mid-century time machine and walking down the very corridors that he designed.  One can imagine Taylor in his offices at 1818 Industrial Way, sketching out each line, guiding the pencil along the vellum with a master’s guiding hand.  It is no wonder that someone like Hugh Taylor changed the face and the history of a city.

Thanks to the generous contributions of supporters like you, the cataloging of the Taylor Archives is now officially complete.  Our goal for 2018 is to digitize the full collection in order to make it accessible to the public for research purposes.  This will aid in the preservation of the archival drawings themselves, as it will minimize the physical handling of the original documents.  In 2018, our ultimate goal is to move the entire collection to its permanent home at the Nevada State Museum within the Springs Preserve, but we cannot do it without you!  And you would be surprised at how far we can make your donation go!

Invest in Nevada’s history by investing in Nevada Preservation Foundation.

Your contributions mean more to us now than ever.  Help us meet our goals for 2018 and to preserve the visionary artistry of one of Las Vegas’ greatest historic figures.